Enola Gaye is Europe's longest serving pyrotechnic company manufacturing pyrotechnics for the paintball and airsoft industries. The brand was founded in 1996 with the idea to manufacture a pyrotechnic paint grenade that looked similar to the real thing and was biodegradable; the idea was  to make a product from pressed paper pulp, similar to an egg box. Previously the former Astra Fireworks had offered a similar pyrotechnic made from polystyrene which was painted black, but blasted into thousands of un-biodegradeable white pieces, this was unrealistic for paintball fields looking to keep their woodlands tidy under the watchful eyes of the UK’s tough planning councilors.

Rocket Fireworks Canada is headquartered in Toronto, ON and is Canada's leading retailer of Family Fireworks and associated products.

OUR RETAIL LOCATIONS INCLUDE: 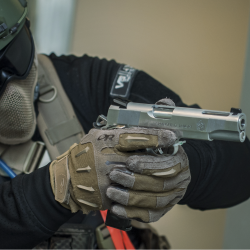